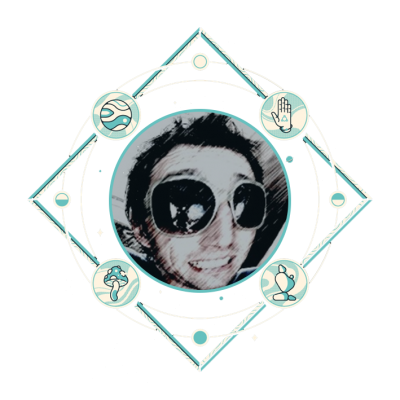 Andrei was born in Ukraine, about 35 years ago. He used to wear tennis rackets on his feet to walk on the Ukrainian snow and as a young teenager he found tennis rackets could also be used for other purposes, such as smacking other humans’ heads or fishing. After the snow rackets and the head smacking, tuna came. He’s also very fond of omelets and actually quite skilled at making them. Andrei’s often seen on the sofa, at the computer or lying on the floor… usually with different packets of biscuits around his restful body. “Will I blend?”, he asks himself in deep moments of introspection… “Well, it’s a matter of perspective.”, is the conclusion more often reached. One more biscuit. A chocolate one. “I really like this track… I wonder who the artist is… hmmm… if only I didn’t have to stand up… hmmm… one more biscuit.” The soundtrack to his peaceful existence is in tune with his plain tuna-based existence. Complex and simple, factual and surreal, curious and sceptic, literal and wide. With a strong identity he likes to claim. Eclectic some would say. He likes details and big windows, as long as he doesn’t have to clean them. He does not waste paper, he uses it for origami creations which he not so often offers to his beloved ones. Railroads are a nice walk and a source of inspiration. He aspires to live in the widest window with the best view to the longest and most twisted railroad. Enjoying life and simple things.